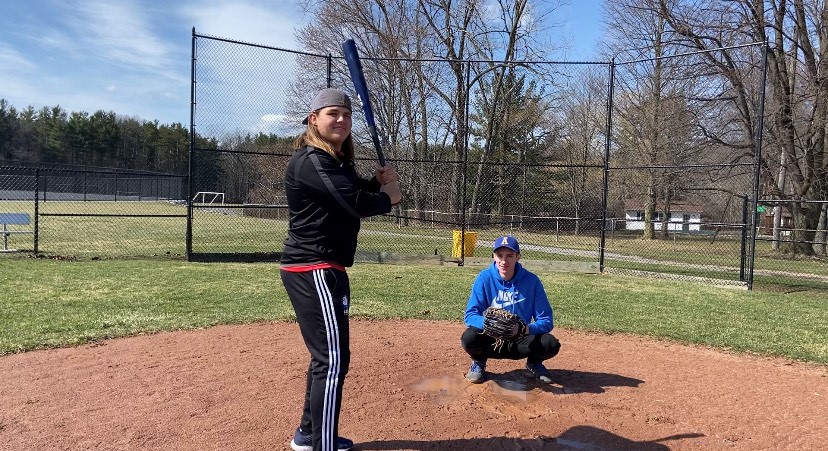 Everyone knows the baseball classic “The Sandlot,” in which a group of neighborhood boys get together to play pickup games of baseball. Although they don’t have much, they’re still full of heart and love for the game. The only problem is the boys are constantly hitting home runs over the fence, which wouldn’t be a problem except for on the other side of the fence is a beast of a dog. The boys are terrified of the beast so they won’t get any of their baseballs back, which means they eventually run out.

The Alden Varsity baseball team isn’t that different from the crazy group of boys in the movie. The team is full of talent, passion, and of course laughs. They’re constantly practicing to get better. But what happens when the boys only bring one ball to practice?

Riley “The Unit” Streit, is up to bat, but none of the boys believe he’ll get a hit. After a few strikes, Riley’s ready to prove himself to the team. He steps up to bat and gives it a whack. You’ll have to watch the video to see what’s next.

The boys’ Varsity baseball team is just starting their 2022 season. To see this goofy group of boys in action, come see their first game on March 31 at 4:45 p.m. You can find their season schedule on Arbiter Live. Be sure to come out to the baseball diamond to support your Alden bulldogs!