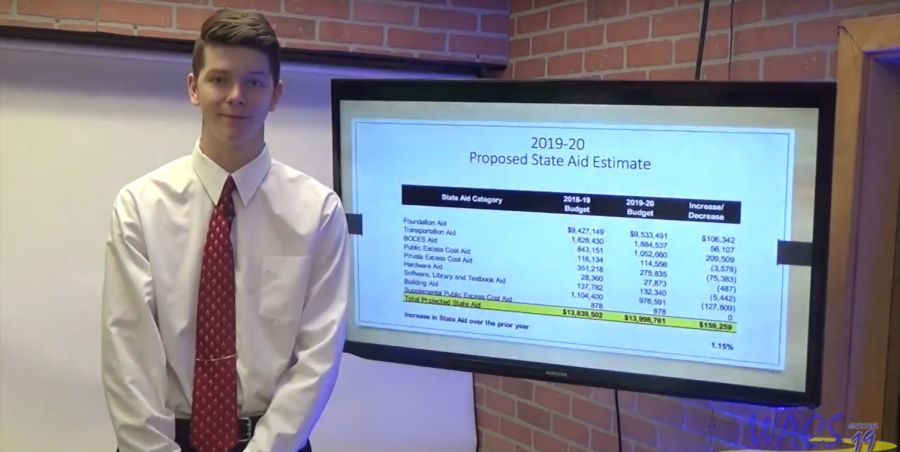 Adjustments to the 2019-2020 Budget include savings from teacher’s retirement, staffing due to enrollment, furniture for the library to accommodate the One to the World initiative, and the reduction of pool hours due to construction.

If you look at the Preliminary Expenditure Budget as of February 7, 2019, it shows the adjustments to the budget that involve saving or spending money. Values that have parenthesis on each end are amounts that the district is saving from various aspects such as teacher retirements, saving the budget $58,369, or staff adjustments, saving the school $80,874.

Adjustments without parenthesis are amounts that are being added to spend on the budget, such as Unemployment costs, adding $46,800 to the budget, and Health Services, adding $13,271. In total, after all adjustments are combined, there is a total savings of $183,504. These savings allow the District to set the tax levy lower than it would be without these adjustments.

The following chart shows where the district receives funds from in order to cover the expenses detailed in the budget. The combination of state aid, county sales tax, various local and federal sources, fund balances, reserves, and property taxes have contributed $666,725 more than the 2018-2019 budget.

Also, there was an unexpected increase in state aid this year. With this increase, the state aid provided to Alden Central School District has increased by $159,259, a total of 1.15%, setting the new state aid funds to $13,998,761. In addition to this increase of revenue, the district is saving money in categories such as software, library, textbook aid, and building aid.