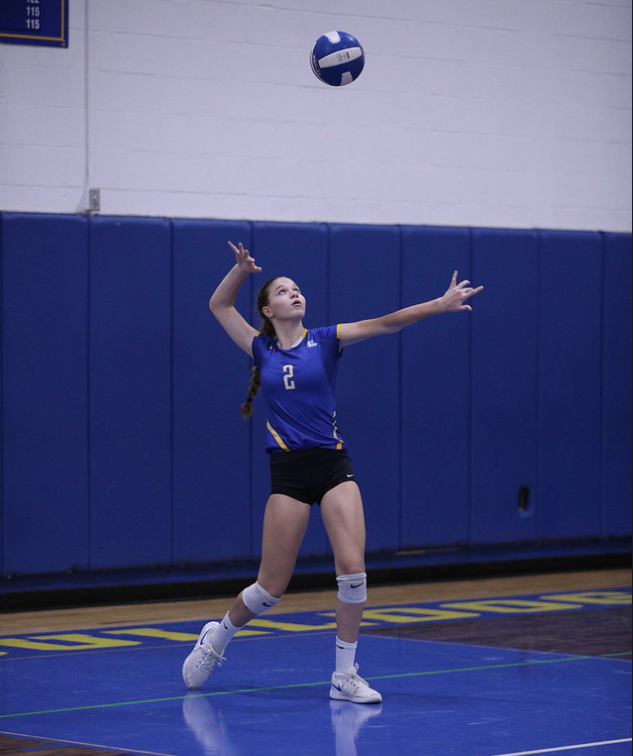 Friday November 1st the Alden Bulldogs Varsity Girls Volleyball team played the Tonawanda Warriors in the first playoff game of the year. The Bulldogs would ultimately come out with a 3-0 win. Both Jenna Kersten and Emma Wlostowski said that hard work and dedication to the game helped them get this far in the season. They also stated that the relationships that they all have with each other helps them play better because of the bonds they have on but, also off the court. Both captains agreed that their coach was a huge part of how they got this far in the season and she helped them win this game. Coach Breyer expressed that they were very focused in practice and that their focus ultimately helped them win this game. She said that the team had about two full weeks to practice and prepare for this game and all in all it helped them win. After defeating the Warriors on Friday the Bulldogs hosted the Olean Huskies in the second playoff game of the year on Monday November 4th however, they fell short in a hard fought game. Good job on your outstanding season girls and good luck next year.