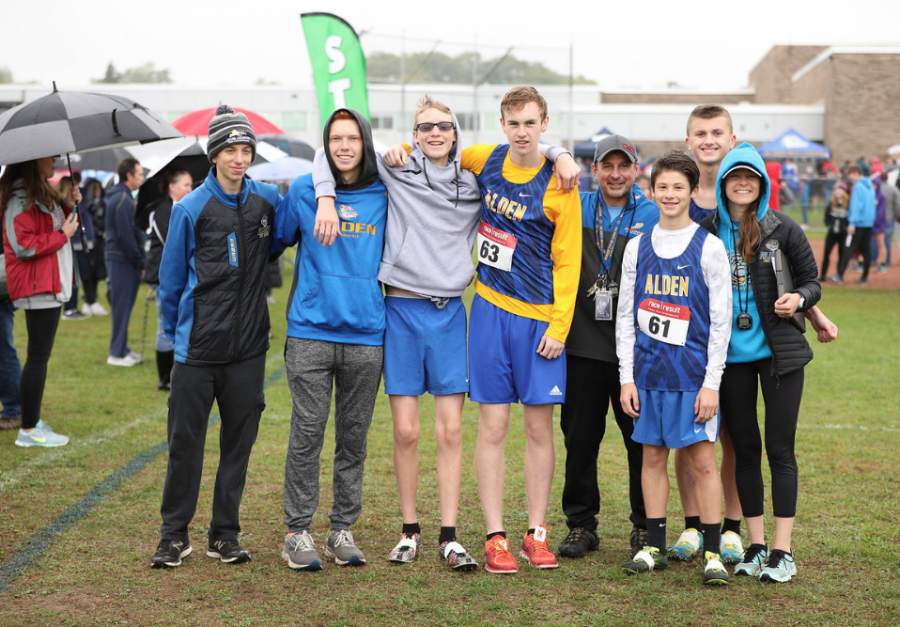 On October 26th, the Alden Cross Country Teams traveled to East Aurora High School for ECICs where the girls’ team placed second in their division. For the tenth year in a row, the Boys’ Cross Country team came out on top as division champions. The boys’ team is led by sophomore Kyle Urban, who is currently ranked 3rd in Class C throughout the entire state. The boys have demonstrated tremendous growth and work ethic throughout the season. Senior captain Cameron Eastland, junior Matthew Sentz, sophomore Mark Stoldt and freshman Matthew Cole are included within the top 5 following Kyle.  There are numerous other persevering runners completing the team that assisted in the victory at ECICs. All year they’ve been fighting to defeat their biggest rival, Springville. With a tough loss in a dual meet to Springville earlier in the season, the boys came back to ECICs with more grit and stamina and it payed off. Coach Carll and Coach Wallace alongside states-bound Kyle Urban and Cameron Eastland, who is currently ranked 14th throughout the state for Class C are looking forward to going further into the cross country season. Matthew Sentz and Mark Stoldt are closely ranked throughout the state with Matthew at 115th and Mark at 127th. With the season coming to an end, be sure to wish Kyle Urban and Cameron Eastland as they represent Alden at the State Championship Race!