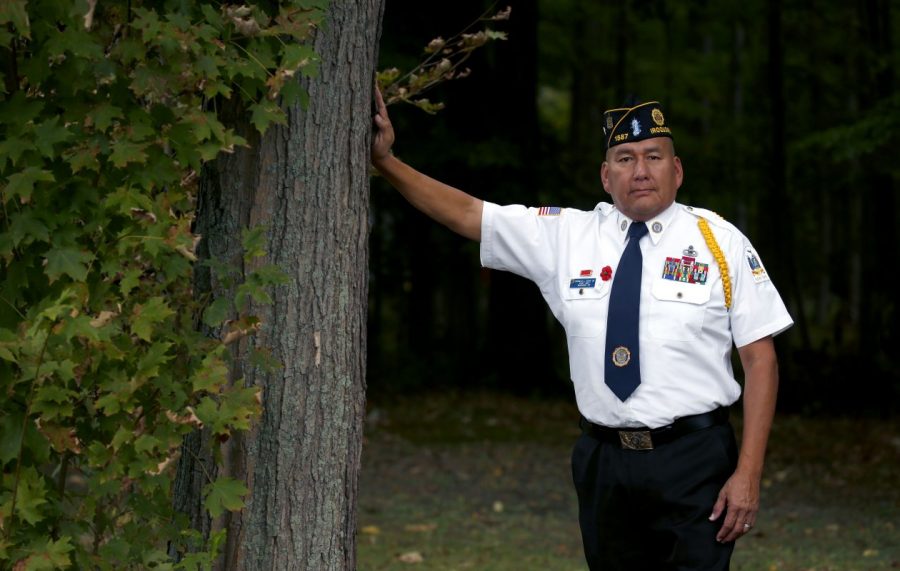 As a student in America, it can be easy to take our freedoms for granted and forget about the brave men and women who risk their lives every day to protect us. For this reason, Alden has made a tradition of hosting a veteran’s day assembly every year to honor veterans in our community and teach students about the true meaning of the holiday. The assembly was made possible thanks to the efforts of our faculty, students, and volunteers in the community. The chorus and band also performed for the assembly. Alden’s park street voices sang a touching piece, titled dear Theodosia, from the Broadway musical Hamilton. This year’s keynote speaker, Ronald Cook Jr., is a Vietnam veteran. Since serving in the military, he has been an active member in his Native American Community, by founding the Iroquois Sachem Challenge. Ronald and his wife Bella have been working to prevent teenagers in their reservation from turning to drugs and other substances. Since founding their organization, they have been met with massive success. Alden’s student congress has a tradition of giving the keynote speaker a gift. This year, they chose to make a donation to the Iroquois Sachem challenge instead. Following the assembly, Ronald and Bella sat down with two high school classes to discuss their experiences in the military. They answered questions regarding what inspired them to join the military. When asked if he had any regrets about his time in the military, Ronald Cook responded that his only regret was not being able to see his family. Other than that, He was extremely happy and proud of his time spent serving. Thank you to everyone who helped put this assembly together, and to all of the veterans who have fought for us.