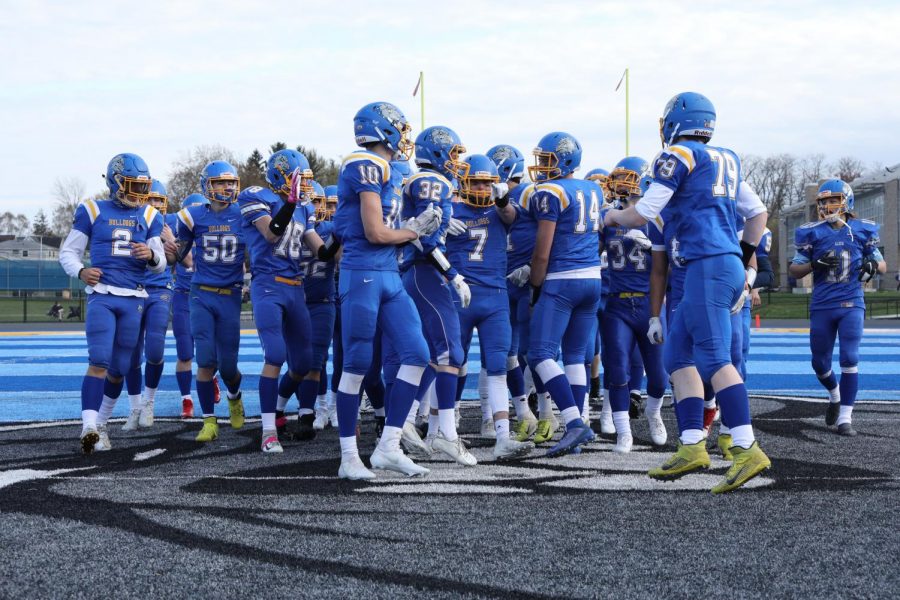 The Alden Varsity Football team has had quite the weird season, starting off in the spring instead of the fall like usual.

With an already shortened season, the players took on even more roadblocks. First, having to take a ten-day pause a week after the season started due to a Covid-19 case forced them to delay their first game, which would later be a win against Gowanda.

Then, three students who played for Gowanda’s football team tested positive for Covid-19. The health department then tried to quarantine the entire Alden football team, which would have been a devastating blow to the season.

With the amazing work of Alden Superintendent Mr. Adam Stoltman and the athletic department, the whole team was not quarantined but the majority that played in the game were. Mr. Stoltman also was told by the health department that he would have to cancel the team’s next game which was an away game against JFK.

With all these stops in the road it was hard to put together a winning season and get back on track and that has shown in the second and third games of the season which were close loses.

The team managed to reschedule some of the games they had to miss but these seem to only be so the players can get as close to as much playing time as they would in a normal season. The fight that the team has gone through has been a challenge and it’s great to see them still intact and trying to make the best of their weirdest season yet.